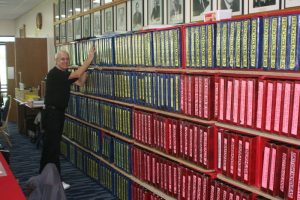 Andy was born in Clapham, London. He has one sister who now resides in New Zealand, a daughter, a son and four grandchildren.

At a young age Andy’s father introduced him to two things that were going to remain important to him: Corinthian Casuals and stamp collecting.

Andy’s main responsibilities are the British Commonwealth stamps and fulfilling any orders. 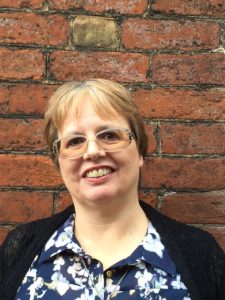 Liz was born in St. Albans, Hertfordshire and was the only child. She spent most of her formative years in Barnet. Liz loves cats and non league football. When she’s not working on the stamps she’s usually working on various patient groups or at Brocton FC.

Liz’s main responsibilities are the foreign stamps and the accounts.

Liz and Andy met on 4th September, 1994 at work and have been working together ever since. Following redundancy they formed their stamp business in September, 1995.

In 2008 they moved from Putney, London to Stafford where they are very happily settled with numerous cats, lots of local non league football and, of course, their stamps.